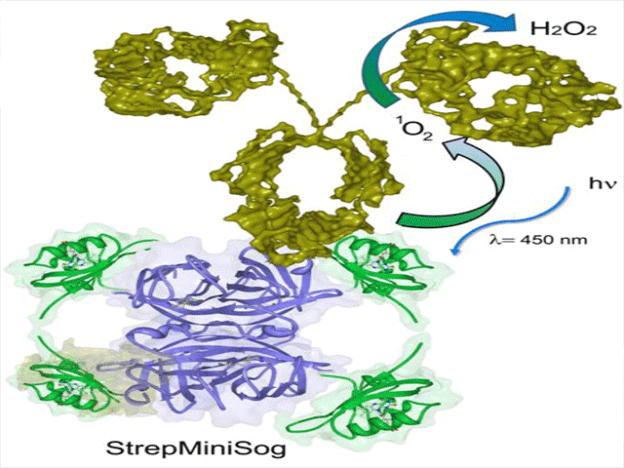 An environment-friendly technology engineered by researcher David Bowell of the University of Cincinnati uses light to generate hydrogen peroxide to eliminate E.Coli, Listeria and potentially protozoa like giardia and cryptosporidium.
This protein photo-catalyst so named as StrepMiniSog, if mass produced, could be used to safely spike public drinking water supply in the event of an outbreak. The protein has been designed to attach to the pathogen of interest using antibodies, so that when the attached photo-catalyst is exposed to light, it produces hydrogen peroxide which will kill the pathogen.